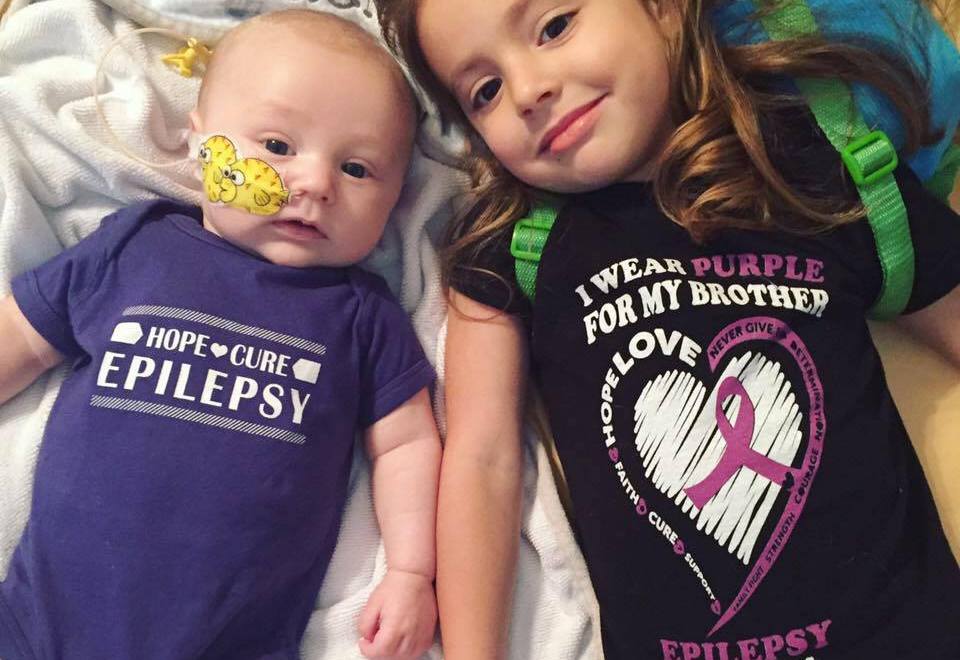 My whole world changed in July 2016. My newborn son began having uncontrollable seizures. From that moment on I was thrown into an abyss of nightmarish situations that I was sure could not actually be happening. My life became the Grey’s Anatomy episode that I was desperate to turn off. My son, Jack, has a very rare genetic & metabolic form of epilepsy called Pyridoxine Dependent Epilepsy (PDE). This diagnosis did not come easily and I have learned (and am still learning) so much along this journey. My family fought for almost 6 months before Jack was properly diagnosed and treated. Jack just turned two and life is more therapies and less hospitals (knock on wood).  His condition is well controlled and he was previously 1-year SEIZURE FREE, but he has recently been having some increased neurological struggles. Jack also suffered a brain injury known as an HIE (hypoxic ischemic encephalophy ) and subsequent brain atrophy due to his undiagnosed + out of control condition. In the beginning of our journey, I felt so isolated and I wanted so badly to feel connected. I searched and searched for a special site where I could learn about what toys would be good for my brain injured 2-week-old whom I was preparing to take home. I did not find much, especially not anything that was hopeful or uplifting.

Hopefully I can help or reach families experiencing similar situations. I want to spread some love, laughter, and hope. We were told that Jack was going to die when he was 11-weeks-old and we felt absolutely broken and hopeless. Jack’s diagnosis was like a miracle delivered in the shiniest wrapping three long months after hearing the worst thing we will ever hear. This page is dedicated to our journey, but also to help families going through similar situations to feel a little less alone. I have lots of amazing information on PDE specifically so please don’t hesitate to contact me if I can help!

Our journey is fraught with emotional highs and lows, laughter and tears, and most of all lots of love! So pick me, choose me, follow me (and I promise to keep all Grey’s Anatomy references to an absolute minimum)!