Recently I had an experience that I don’t necessarily want to share but feel like it may offer some perspective during this difficult time for women in our nation. As most of you know, Jack Jack has a genetic disorder called Pyridoxine Dependent Epilepsy (PDE). It is autosomal recessive, meaning that there are two copies of the mutated ALDH7A1 gene (one from me and one from his father) that were passed on to Jack unknowingly and we have a 25% of having a child with PDE with each pregnancy. While those numbers are not detrimental by any means, they are heavy for me. Jack is such an incredible gift in my life, but the reality of his inherited metabolic disorder is brutal and as anyone in the medically complex community will tell you, NOTHING is a given. Why am I telling you all of this? Because I want to share an experience, but I do not want to turn my platform for advocacy into a nasty debate or something negative. Please keep an open mind and heart as you read.

I don’t want to crawl into anymore hospital cribs not knowing how many opportunities I will have to be near my sick and seizing newborn. I don’t ever want to feel weird rhythmic movement in my womb again, too ignorant to know what that feeling was before Jack. Once Jack’s disorder was discovered and discussed, so many weird things made more sense all the sudden, like those movements for example (see below).

From NORD: “Patients with the classic neonatal PDE experience seizures soon after           birth. In retrospect, many mothers describe rhythmic movements in the uterus                   (womb) that may start in the late second trimester and which likely represent fetal             seizures.”

Needless to say, Jack’s birth was traumatic for me and my entire family. We love him more than anything in the world and wouldn’t change a thing about Jack Jack, but his care is catastrophically expensive (I won’t get into insurance nonsense b/c that’s a whole other post itself). Additionally, no two patients are the same and while Jack now has a good quality of life, health is not guaranteed if we decided to have another child. PDE is very serious and must be treated as soon as possible; many children do survive a full pregnancy. Okay, so now you’re likely starting to figure out where this is going, but I promise that I won’t get too political.

Recently I was put on two different medications for my face (an antibiotic and testosterone blocker) that mess with birth control and make it ineffective. No big deal, my husband and I were very careful…until one night when we weren’t so confident that we had been as careful as we should. I immediately stated crying, balling actuallly, because I can’t even have easy sex with my husband without these huge heavy clouds looming overhead. Sexy, right? Well I called my OBGYN to see what the best option would be and she recommended just taking Pan B since I was 99.9% sure that I was ovulating and didn’t want to take any unnecessary chances. You can get it at any pharmacy she said. Already ashamed about the errand, I went to CVS in hopes of a quick grab and go and the lady behind the counter made me feel like the dirtiest thing she had ever seen when I asked her for it. I won’t even go into details b/c I was so annoyed that I left and went across the street to my usual pharmacy. I had initially thought not to use my usual conservative small-town pharmacy because I just didn’t want to deal with any feedback about my purchase. Sometimes people surprise you! I cannot sing the praises of my pharmacy, and the tech who is ALWAYS kind to me, enough. I was so happy to see Hope (perfect name such a wonderful lady) and she could tell I was a little uncomfortable asking for Plan B, but she also knows allllll about Jack because she used to have special order large quantities of liquid phenobarbital for me. She quickly and quietly grabbed what I needed, put it in a bag, and rang me up before the 3 other customers even knew what happened. What a beautiful soul! CHOOSE TO BE KIND because you have no idea what someone is going through.

While I feel confident that I could take care of another child with PDE, I am not confident this is realistic for our family. There are many hurdles we face each day to make sure that PDE doesn’t control our lives. I imagine that many families who have children with genetic disorders have extensive discussions with their specialists, although sometimes the answers are delivered in the most inhumane of ways. I asked our genetic counselor what we should do if we wanted to have another child and she recommended IVF with PGD, which is not 100% guarantee either and is incredibly cost prohibitive. So I asked my OBGYN what she would recommend if we wanted to have another child and she said we should just get pregnant, do genetic testing as early as possible, and terminate if the baby has PDE. My options are limited and bleak. Additionally, lawmakers in my state are pushing to make the latter option illegal…making this option seem criminal and wrong, which I don’t agree with at all. If I got pregnant and the baby had PDE, I don’t know what I would choose, but I would like the respect and security to know that it is MY DECISION.

My heart and mind are so open and I even dream of adopting a child with different needs now that I am more confident caring for kiddos with complex needs. But, we are still in the midst of barely covering all of Jack’s expenses. Jack has been doing 6 therapies per week for two years now and while insurance covers some of this, we pick up the majority. Early intervention is paramount for kiddos with PDE so this is an essential part of Jack’s life that we don’t mind sacrificing for, but again it is a huge financial (among other things) commitment. I also dream of helping kids like Jack and making sure families don’t suffer with misdiagnoses, feeling powerless, etc. like we did. I have many goals to accomplish with Newborn Screening and Rare Disease Advocacy, so I know that this was not the right time to even think about another child. I am so grateful that Plan B was an option for me and I want you to know that it’s not shameful to use it. This is also just ONE reason a woman may need to explore her options, but there are so many other stories and so many other perspectives so I urge everyone to keep an open mind! I stand with you and support you no matter what decisions you make about your body!

Please feel free to message me if you have any questions about my experience with it. I will post some photos of it below as well in case any one has ever wondered what it does and doesn’t do.

This is sweet baby Jack at 5 days old recovering from SE (status epilepticus) and we had no idea what we were in for! 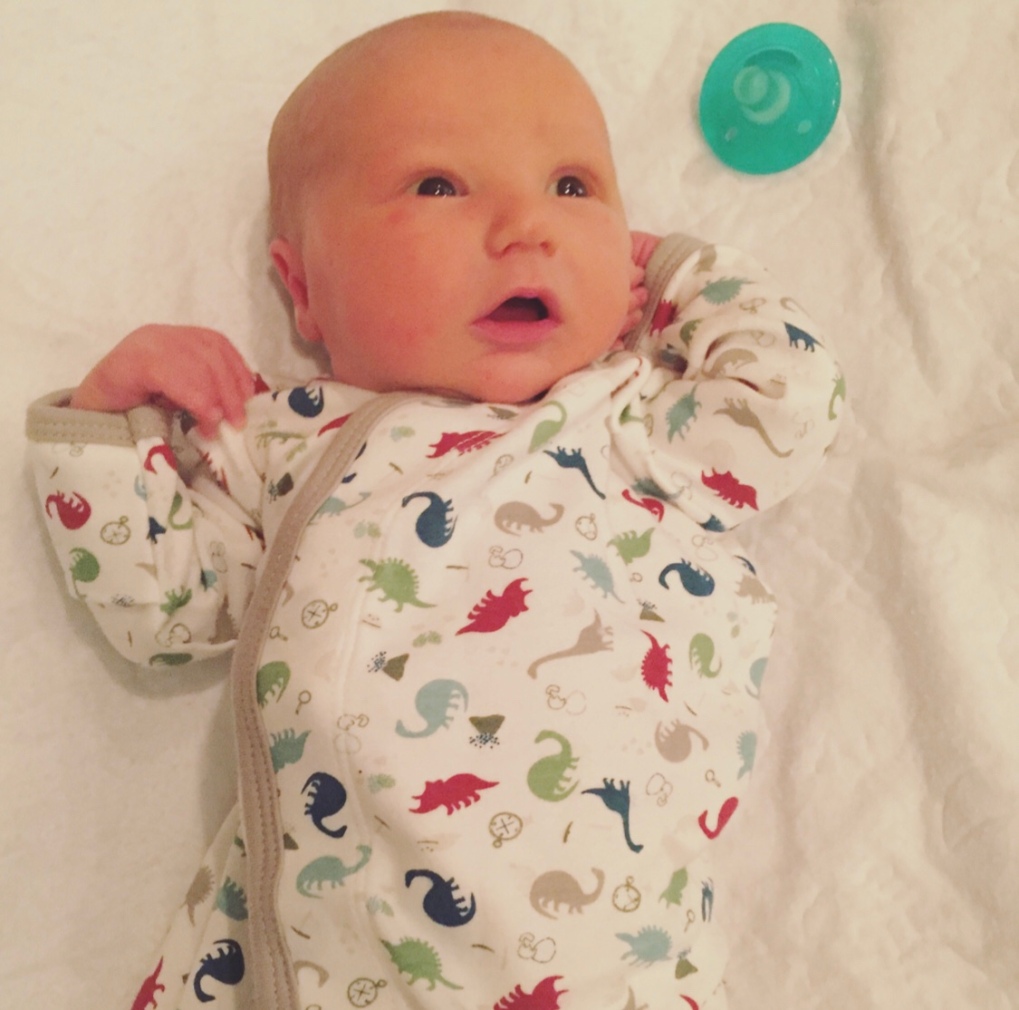 This is what Jack’s seizures looked to begin with…just blank staring off. This was such a scary time when it should have been joyful!