It’s a good thing that Jack’s big sister, Rowan, was already in love with butterflies and the color purple before he was born. These important symbols of epilepsy have sort of become staples for everything in our life. What color should we get is never a question; we always purple for epilepsy awareness. If it has a butterfly on it then we are definitely getting it (doesn’t really matter what it is)! Epilepsy Awareness is so important to our family, especially Jack’s big sister! This post is dedicated to ALL the special needs siblings out there. You are seen, loved, and so important to this world!

I am a different mom than I was before Jack was born. I am not sure if this is better or worse for Rowan. I do know that it has been one of the most difficult parts of this journey for me and certainly one of the most difficult to talk about. Since the day Jack found himself in Egleston’s PICU, I have struggled to be the mom that both of my kids need. I had to jump all in to protect and fight for Jack. From the very beginning doctors were confused by Jack. He had a brain injury and was having seizures, but they didn’t know why they so they were throwing the kitchen sink at us. I had to be fully present every second to make sure one decision didn’t cost my newborn son his life. The mystery that was Jack only got deeper as time went on until one day we were faced with how to explain to our 4-year-old that her newborn brother was going to die. Through it all, I had a really hard time accepting how perfect Rowan was versus how sick Jack was…why was there no balance?? Of course this wasn’t Rowan’s fault, but I hurt for my sick boy and I didn’t understand how such cruel things can happen to children, to newborn babies. I wish I would have handled so much differently in the beginning, but mostly I wish I would have encouraged a relationship instead of trying to protect Rowan from Jack & protect Jack from Rowan.

Rowan Eliza is my oldest and the one who made me a mommy, and she is turning 6 in a month. She was 3.5 years old when Jack was born and she wanted a sister. When we told Ro that she was going to have a little brother, she called him baby Lucy and said he would be a girl, not accepting a thing we said as the truth. I would literally have people say, “I thought you were having a boy. Rowan told me you were having a little girl named Lucy”. My outgoing, gregarious, and incredibly empathetic little girl had her whole world turned upside down the day her brother was born. Instead of life with a new little brother, she got life with her grandparents while her mom and dad were hours away in the hospital with her new brother. There’s no way to protect your other child(ren) when a tragedy occurs. Jack was in status epilepticus and being life-fllighted, but Rowan was also along for the ride. She sat in the PICU waiting room for over 10 hours that first day and came back almost every day with her grandparents. Rowan was the first one to adapt to our new life when Jack came home from the hospital. Jack wasn’t the only baby having seizures and therapy appointments, Rowan’s baby dolls were also going through similar experiences. Her baby doll named Sunny even had an NG tube with the same tape as her Jacks. She would get competitive some days when I was taking care of Jack. She would walk by in her plastic princess heels ask how therapies my baby had today; of course, her baby doll always had a few more appointments than my baby (aka Jack) did. After the first several hospitalizations, it became obvious when were about to take Jack to CHOA. Rowan developed a stiff upper lip and would help me pack a bag because she knew we would be there a few days, never making me feel bad for leaving her.

After we met with palliative care for the first time, it was suggested that we speak to a child life specialist about to approach this subject with Rowan. We did this in hospital one day with Rowan. The child life specialist gave Rowan this special bear that had a pouch where she could put messages she wanted to write to her brother or pictures she wanted to draw for him. I was so happy for this sweet little message bear and Rowan 100% rejected it. She would touch it, hold it, talk about it and every time I have tried to talk to her about that bear since, she still does not want to go there. It is so interesting! I feel like it is her own private revolt against the mito diagnosis and the “he’s going to die” inevitability that hung over our heads for so many months. It used to make me so sad because it felt like she was rejecting her brother, but now I am proud because it was her own way of protecting her brother (and herself maybe) by protesting against the stupid hospital bear. Rowan has always been Jack’s biggest cheerleader, but it is not easy for siblings to sit in doctor’s offices and therapy waiting rooms. You forget what they hear and what they are learning during phone calls with insurance, doctors, schedulers, etc. This is your life and they can’t escape it, just as we can’t. I got off a particularly upsetting phone call with neurology one time and Rowan asked me, “Mommy what is brain damage?” When she plays pretend, you will often overhear her saying that so and so had a genetic disorder, but does everything other kids do. I mean she is just the best despite all the pain and sadness has surrounded her for much of the past few years. Rowan’s daddy and I missed her 4th birthday because Jack was in the hospital and doing really poorly. She and my mom sat tried to eat the Barbie cake (see photo) and celebrate through the sadness. We’ve moved past all of this on the surface of course, but it still weighs so heavy on my heart and mind.

Rowan and Jack have recently developed a relationship that means so much to me thanks to the walker and Jack’s increased mobility and awareness! But, prior to this it was obvious that they didn’t know how to interact with one another once Jack’s seizures were under control and he was more aware. He is a hard kiddo to love on sometimes. Rowan wants to freely hug and kiss her little brother, but this is so overstimulating for him (even today) and he often screams, hits, and kicks her. He doesn’t like to be approached or touched without lots of warning, and even then he is likely to fight your advances. This used to hurt Rowan’s feelings so bad…”he’s pushing me away again,” she would cry. We have talked through things like this so much and I know that Rowan is wise well beyond her years. Her constant kindness and understanding always humbles me. To wrap up, I want to tell you about a little surprise that I am planning for Rowan’s 6th birthday next month AND I will be forever grateful if anyone can help me make this surprise EXTRA SPECIAL!!!

My heart is so heavy every single day with the weight of what I’m not doing for Rowan or how she always ends up having to wait because Jack needs something or has an appointment or is hospitalized. She’s NEVER once complained about her brother or uttered a selfish word. She tells me sometimes, “I remember what it was like before brother, but it would never be the same without him”. She’s been the strongest and most graceful of us all and her life has probably changed the most. If I could give this girl an experience she’ll never forget then maybe I could forgive myself for two years of missing things, failing her, and a lifetime of “hang on I need to give brother this first” or something similar. I got tickets to the Jingle Ball for her birthday, but now I need to figure out how she can meet her idol, Sabrina Carpenter!! ✨ HELP ROWAN MEET SABRINA!!! Does anyone know how I can get this amazing girl passes to meet Sabrina Carpenter​ at the POWER 96.1​ Jingle Ball in Atlanta next month?! Hit me with your contacts AND SHARE PLEASE because this amazing big sister deserves the most special gift for her 6th birthday! We have tickets for the Jingle Ball, but I can’t find any info about meeting artists! THANK YOU!!!!

Pictured below is my sweet girl celebrating her 4th birthday with just her YaYa (my mom). We had tried to prepare for a party, even ordered this princess cake! But Jack was in status AGAIN and we things were pretty bad at the hospital. It was TERRIBLE for everyone. Below this photo is one of Jack jack in the hospital with Rowan’s Minnie mouse of she insisted keep him company in the hospital. ❤ 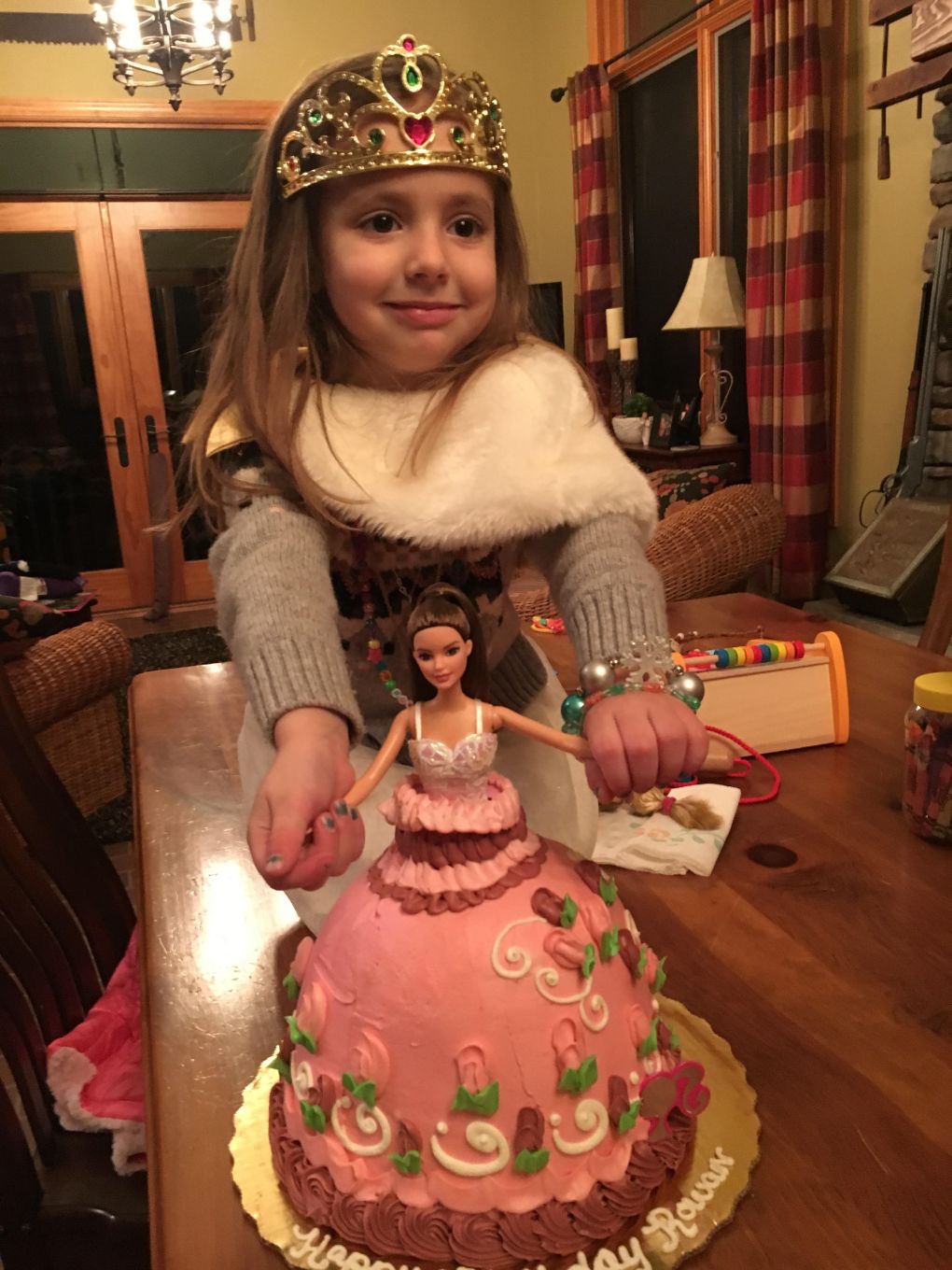 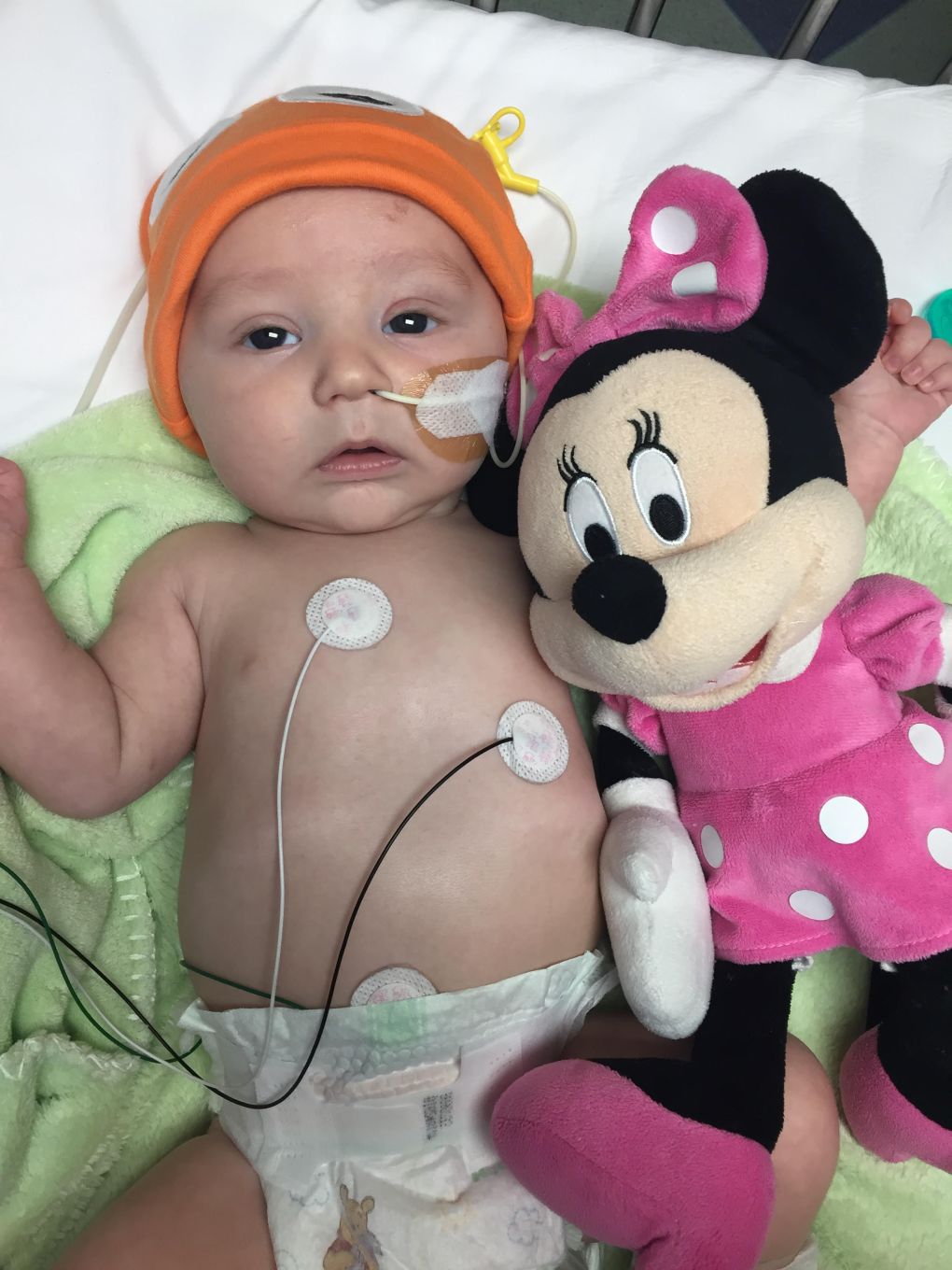 This is the very first photo of both of babies! We had no idea about the secret battle Jack was fighting at this time!