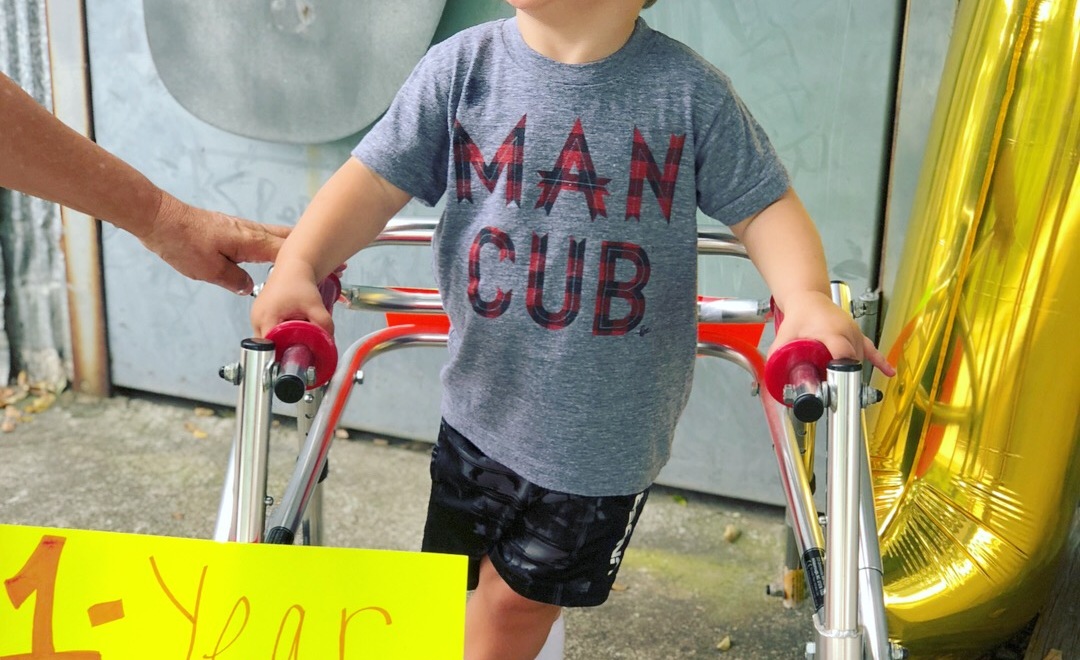 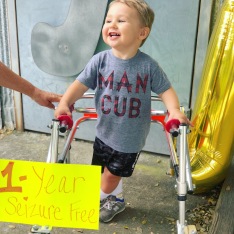 Hi friends! It has been a while so allow me to reintroduce for new followers! I’m Leah, Jack’s mom. We lovingly call him Jack-jack like from The Incredibles. Jack has a very rare genetic and metabolic disorder called Pyridoxine Dependent Epilepsy. This condition has left Jack with a brain injury, as well as many struggles and delays. To put it simply, Jack’s body lacks an essential enzyme known as Antiquitin, which breaks down the protein building block called lysine in the brain. The breakdown of lysine in the brain is necessary for the brain to function properly. This essential amino acid breakdown doesn’t happen in PDE patients and the build-up of lysine is toxic to the neurotransmitters in the brain, resulting in seizures and abnormal brain function. What does this mean for Jack?

For the first 5.5 months of Jack’s life, he suffered from intractable epilepsy (uncontrolled seizures). He was life-flighted from our hometown to the best Children’s hospital in our state at 5 days old in status epilepticus; he was in a constant seizure state that could not be controlled. For the next several months, Jack was a medical mystery. He spent so much time in the hospital having seizures, being sedated, getting tests done. When Jack was 11-weeks-old, he had his second stay in the PICU at CHOA. His seizures were getting worse and worse. He was on 3 different types of anti-epilepsy medication and still he was having terrible seizures. The doctors did a bunch of tests and an MRI and told us that Jack had Mitochondrial Disease and that he was going to die. We were devastated but kept fighting for Jack. That turned out to be a misdiagnosis, but does illustrate how sick Jack was at the time. After much genetic testing, Jack was properly diagnosed with PDE and we have been fighting for his development ever since! At 6 months old, Jack had the skills of 1 or 2-month-old baby. He still suffers many delays from everything he has been through and his health is a daily battle. He is on a diet and therapy specific to his condition. He sees Neurology, Genetics, GI (because he has a feeding tube known as a G-tube), Neuro-developmental doctors, Developmental Pediatricians, as well as a Physical Therapist, Occupational Therapist, and Speech Language Pathologist. In addition to PDE, Jack has been diagnosed with Global Developmental Delays, Sensory Processing Disorder, ASD, Apraxia, and Cerebral Palsy. Jack is the happiest, sweetest, most wonderful little boy despite everything he has been through! He loves life and exploring his surroundings more than anything. He has been completely stuck and unable to do this until his doctors prescribed him a walker! We have been waiting on Jack to get his own walker for over a month now and still no word…Currently, Jack is borrowing a walker from his Physical Therapist while we wait for the insurance company to approve one of his own. I live in fear another kiddo will need it and we will have to give it back.

And this is where we circle back to the title. Where does this leave Jack? Out.  Because Jack was not a little sicker or because it wasn’t caught in time, it is a constant battle to get him the services and equipment he needs.  Jack was likely having seizures in utero that were not caught. I used to say I could feel him hiccuping all the time…makes me sick to think those were seizures. Anyway, the seizure activity was not caught (by me) until he was 4-days-old. I hate thinking we could have been better prepared…where was our help and our support? We have always been handed these huge and life-altering diagnoses with little no support. The doctors can only do so much and this shit is EXPENSIVE! This is not supposed to be a bitch session so I apologize if that’s what it’s turned into. However, the struggles and battles we face as special needs parents are so soul-crushing that I feel like writing about them may help me shed some of my anger and frustration.

Our biggest struggle is getting Jack what he needs. Jack’s doctors say he needs a certain amount of therapies to be able catch up and have a decent quality of life. This is 6 therapies per week and we currently do 5 a week to try and save a little money. We have private insurance through my husband’s work. He has a great job and we are very lucky. However, I was unable to go back to work after Jack was born and his daily needs keep me from being able to work a full-time job now. This means we are stuck. We live in a basement apartment at my parent’s house because our finances are so strained. Can you imagine?? We have two windows for the whole place. Again, not complaining because we are very lucky.  Private insurance doesn’t cover much of Jack’s therapies and they only pay for so many visits. In addition, we also do not qualify for any assistance so we are stuck. See a theme?  Jack is two-years-old and does not walk or talk. He does not have the fine motor skills to ever be able to button or zip, hold a pencil, etc. THIS IS WHY KIDS NEED THERAPIES! Shit, sorry did I shout that?! Thanks to therapies, Jack has learned how to do everything he knows how to now. Jack LOVES his walker and the independence/confidence it gives him. He is a totally different kiddo since he got the walker and his development is taking off! At two-years-old, Jack was able to stand up and hug his sister for the first time. I am livid thinking about the waiting Jack would be doing if his PT had not given him this walker to borrow. I can only imagine the price tag that will be attached once the walker is approved. Instead of battling insurance today, I decided to write. I hope there is a way to shed to this hard shell that these battles have given me, but so far I just feel like fire-breathing dragon that scorches anyone who gets too close.

P.S. As always, I welcome questions and I am always open to helping in any way I can. If you want more info on PDE, check out http://www.pdeonline.org 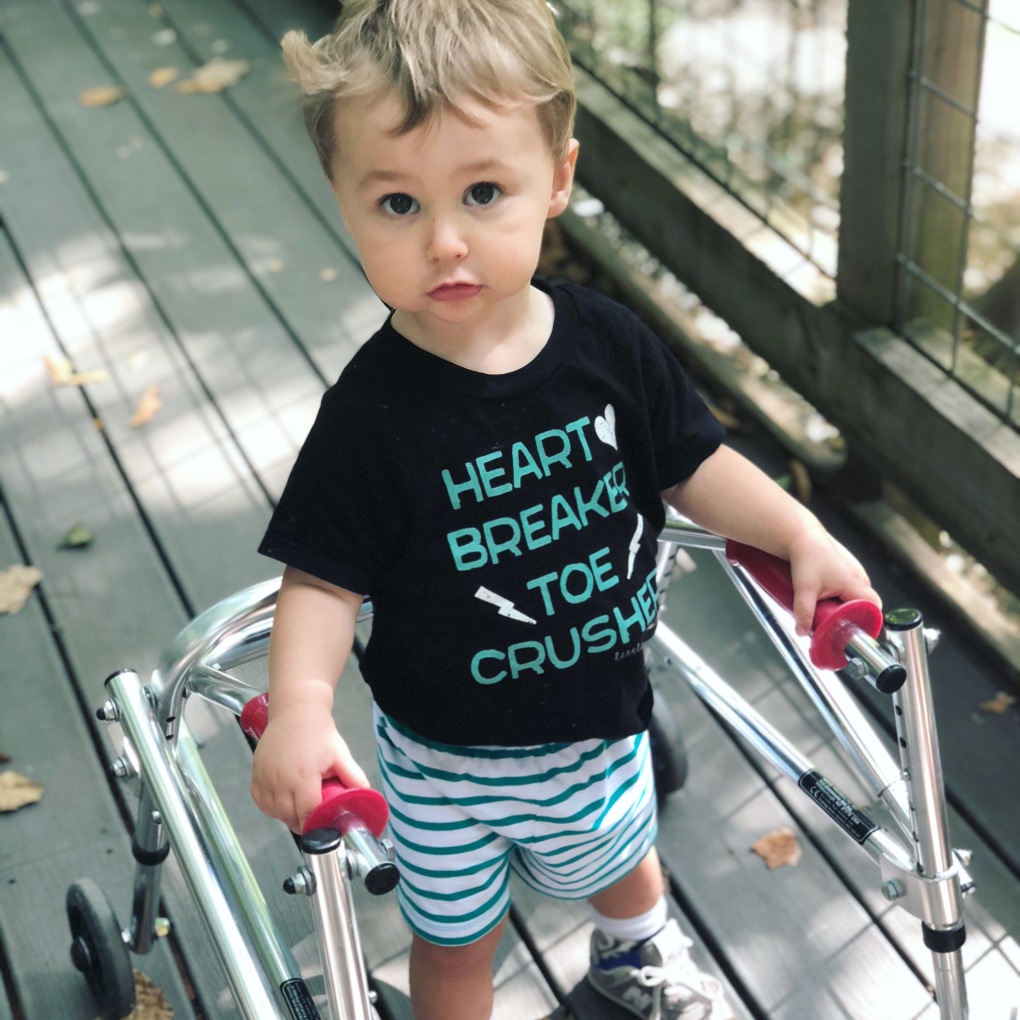 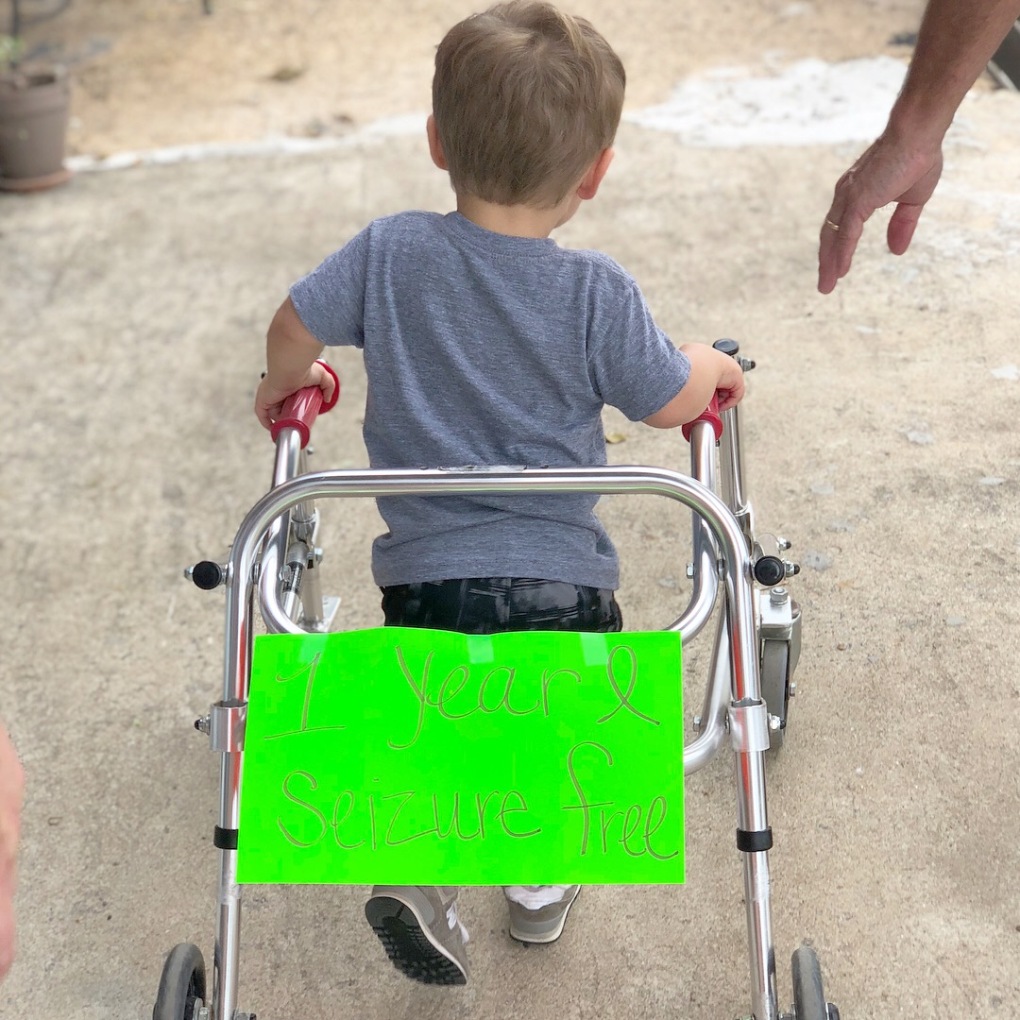 2 thoughts on “Where does that leave Jack?” Leave a comment ›